Ancient Nutrients Iron has 18 mg of enzyme-activated iron, supported by probiotic-fermented vitamin C, folate and herbal extracts. A clinically studied iron shown to be gentler on the gut, this is iron like you've never seen before. Weaving the ancient principles of ancient TCM (Traditional Chinese Method) with body-ready vitamin C, folate, B12 and superfood ingredients, Ancient Nutrients Iron features a potent combination of blood- and cognitive-supporting real-food ingredients with gentle iron 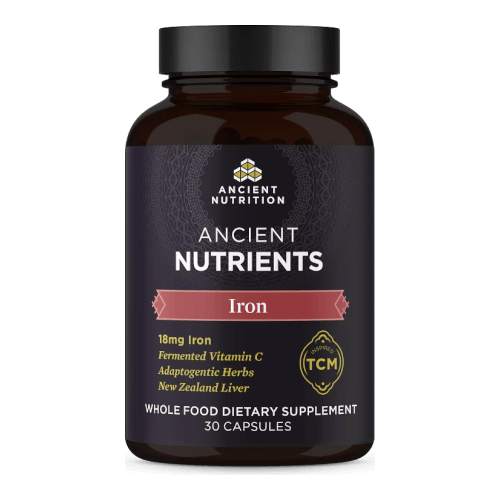 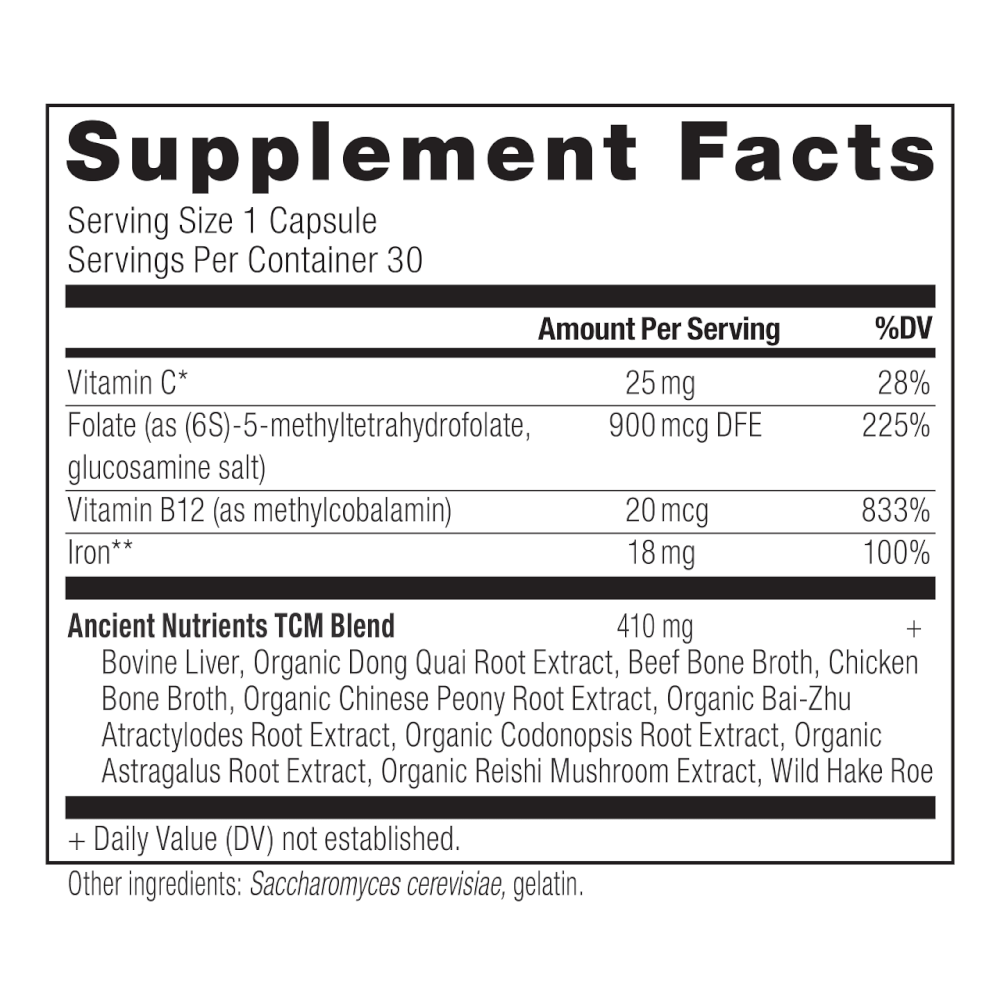 Gut Friendly Iron
Iron is traditionally known to irritate the gut, but we sourced a clinically studied form of iron that is gentle on the gut and paired it with organic vitamin C and supporting ingredients for a first-of-its-kind iron supplement.

Organic, Fermented Vitamin C
Known for its powerful antioxidant properties, vitamin C is also included in this formulation. Our Vitamin C is organic and probiotic-fermented, providing 250 mg of body-ready C in every serving.

TCM Formulation
A formulation more than 2,000 years in the making and built using the TCM (Traditional Chinese Method) of formulation, Ancient Nutrients Iron features the time-tested superstars of TCM to bring a holistic approach to your iron supplement. Using the traditional Chinese approach to wellness, the aim is to tap into centuries-old ingredients and practices to support the body as a complete system rather than separate organs, a larger concept known as “Qi.” TCM ingredients aim to balance and support qi, also known as life force.

Balancing, 3-Kingdom Approach
Honoring TCM, Ancient Nutrients Iron contains specific superfood and botanical combinations time-tested through the ages. This includes a broad-spectrum of potent, TCM-approved ingredients joining together to include superfoods and superherbs from multiple kingdoms: The Fungi, Plant and Animal Kingdoms.

Gut-Friendly Iron
We did the work so your body doesn’t have to. Ancient Nutrients Iron contains bio-friendly iron that’s clinically studied and is gentle on the gut, along with supporting ingredients like vitamin C, folate and herbs and superfoods treasured in TCM.

More Info on Ancient Nutrition Iron 30 Capsules
† Statements on this website have not been evaluated by the Food and Drug Administration. These products are not intended to diagnose, treat, cure, or prevent any disease, but rather are dietary supplements intended solely for nutritional use.
My Account