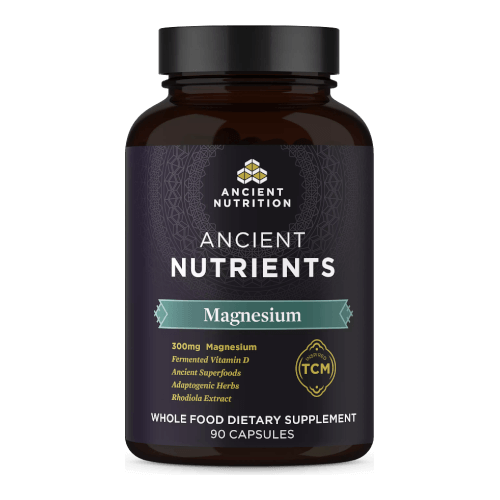 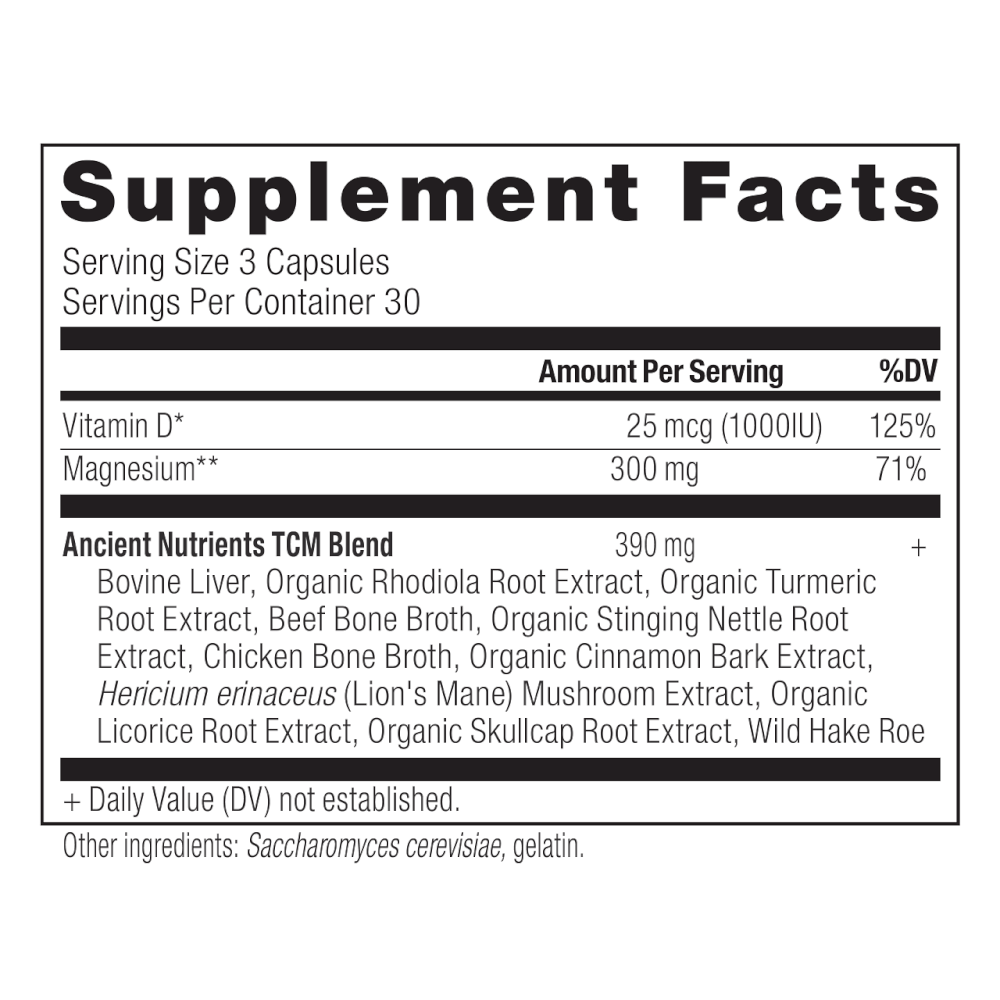 Organic, Enzyme-Activated Magnesium
Generally speaking, magnesium is responsible for hundreds of reactions within the body; it’s even needed at the DNA level, where it’s vital for tooth health and more. Magnesium supports a positive outlook and a sense of calmness†.

Probiotic-Fermented Vitamin D
Vitamin D plays a role in up to 2,000 genes and in every single tissue and cell of the body, yet 75 percent of American teens and adults don’t get enough. The immune-supporting vitamin D3 in this formulation is your body’s preferred form compared to vitamin D2.

Organic Turmeric Root Extract
For centuries, TCM turned to turmeric for benefits. Today, we know one its renowned compounds is curcumin.

Organic Rhodiola Root Extract
Also known as “golden root,” this adaptogenic herb contains active compounds like rosoavin and has been used in TCM and beyond for centuries. Vikings also used traditionally used for strength, while the Sherpa people used it to climb at high altitudes, even to conquer Mt. Everest.

TCM Formulation
A formulation more than 2,000 years in the making and built using the TCM (Traditional Chinese Method) of formulation, Ancient Nutrients Magnesium features the time-tested superstars of TCM to bring a holistic approach to your daily magnesium supplement. Using the traditional Chinese approach to wellness, the aim is to tap into centuries-old ingredients and practices to support the body as a complete system rather than separate organs, a larger concept known as “Qi.” TCM ingredients aim to balance and support qi, also known as life force.

Balancing, 3-Kingdom Approach
Honoring TCM, Ancient Nutrients Magnesium contains specific superfood and botanical combinations time-tested through the ages. This includes a broad-spectrum of potent, TCM-approved ingredients joining together for the first time in multivitamin form to include superfoods and superherbs from multiple kingdoms: The Fungi, Plant and Animal Kingdoms.

Body-Ready Magnesium
We did the work so your body doesn’t have to. Ancient Nutrients Magnesium contains bio-friendly magnesium, vitamin D, herbs and superfoods treasured in TCM.

More Info on Ancient Nutrition Magnesium 90 Capsules
† Statements on this website have not been evaluated by the Food and Drug Administration. These products are not intended to diagnose, treat, cure, or prevent any disease, but rather are dietary supplements intended solely for nutritional use.
My Account