Red Supremefood is chuck full of the most well known anti-aging fruits on the planet, but it also taste delicious. This special fruit blend also contains 10 beneficial probiotic and digestive enzymes. Just one scoop of Red Supremefood contains the antioxidant equivalency as 4 servings of fruits. 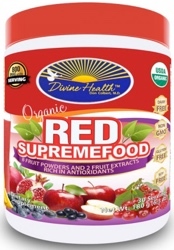 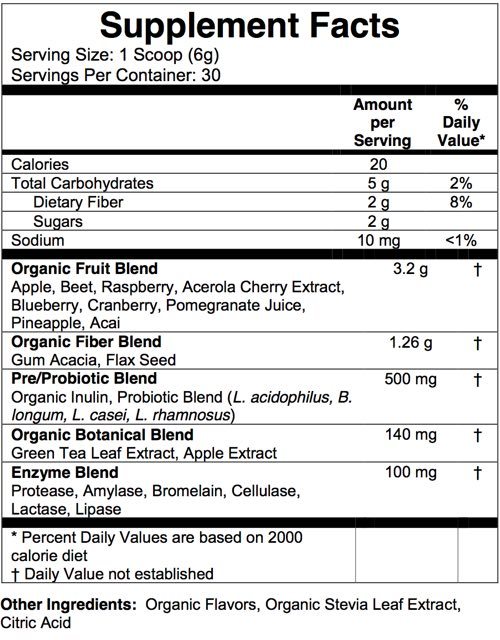 Anti-aging Fruits such as blueberries, strawberries and rasberries contain powerful polyphenols designed to neutralize free radicals and reduce oxidative stress. Not only is Red Supremefood chuck full of the most well known anti-aging fruits on the planet, but it also taste delicious. This special fruit blend also contains 10 beneficial probiotic and digestive enzymes. Just one scoop of Red Supremefood contains the antioxidant equivalency as 4 servings of fruits.

A great deal of scientific research has been conducted on the application of antioxidants from external food sources to combat free radicals oxidative stress. These studies reveled empirical evidence that this application is effective especially if the sources are natural foods. The data further demonstrated that antioxidants from many synthesized sources can be actually harmful to the health of the human body.

Antioxidant values of food items are expressed by the acronym ORAC units which represents oxygen radical absorbance capacity. The National Institute on Aging within the NIH developed this term for simplification. A scoop of the super fruit blend of Red Supremefood contains a whopping 800 ORACs. This formula has the amazing power to revive and restore vitality naturally. Take a look at just the regenerative ability of just a few of the wonderful fruits in the Red Supremefood formula.

Blueberries are constantly reported to contain the highest level of antioxidants amongst all veggies, fruits, and herbs. Wild blueberries contain twice the amount as traditional store bought blueberries. Keep in mind that those in Red Supremefood are organic meaning they are much closer to being cultivated as nature intended in the wild.

Pomegranates are mentioned numerous times in the Bible referencing them as sources of vitality, health, and fertility. Pomegranates contain Punicalagins which is not only their source for antioxidants, but also supports healthy blood pressure and healthy cholesterol.

Acai berries are often recommended to fight the signs of aging as well as to boost the immune system. Acai berries are among those fruits which are deemed super foods because they contain massive amounts of revitalizing antioxidants.

More Info on Dr Colbert Divine Health Red SupremeFood 180 Gram 30 Days Powder
† Statements on this website have not been evaluated by the Food and Drug Administration. These products are not intended to diagnose, treat, cure, or prevent any disease, but rather are dietary supplements intended solely for nutritional use.
My Account