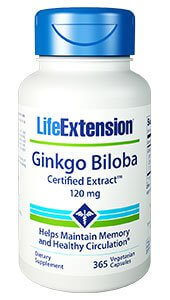 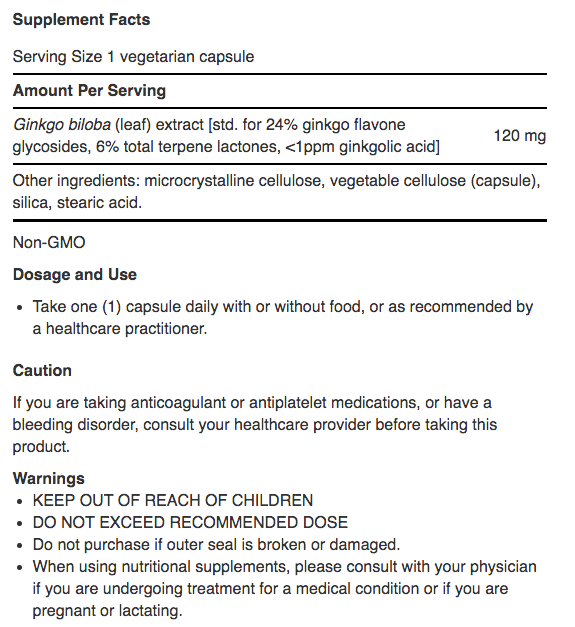 Ginkgo biloba is one of the oldest trees known and has been used to support health for nearly 2,800 years. Ginkgo has been found to:

Flavonoids such as quercetin and kaempferol from Ginkgo biloba are potent antioxidants and scavengers of many species of free radical, protecting against oxidative cell damage. Ginkgo protects the energy-producing mitochondria in the cells, thus enhancing oxygen utilization and cellular respiration.

The premium-quality botanical extract in Ginkgo Biloba Certified Extract has been concentrated and dual-standardized to ensure the highest quality, consistency, and biological activity.

Ginkgo Biloba Certified Extract has high levels of ginkgolide B (>1%), which is the most studied terpene lactone and thought to be a major regulator of platelet activating factor (PAF). PAF is a powerful physiologic-response mediator for many processes.

More Info on Life Extension Ginkgo Biloba Certified Extract 120 mg 365 Capsules
† Statements on this website have not been evaluated by the Food and Drug Administration. These products are not intended to diagnose, treat, cure, or prevent any disease, but rather are dietary supplements intended solely for nutritional use.
My Account