Ancient Nutrition Organic Turkey Tail 30 Tablet - is made to bring you targeted support for mental clarity, hormonal health, immune system support and so much more. Help your body stay in balance so you can adapt to life’s stressors. 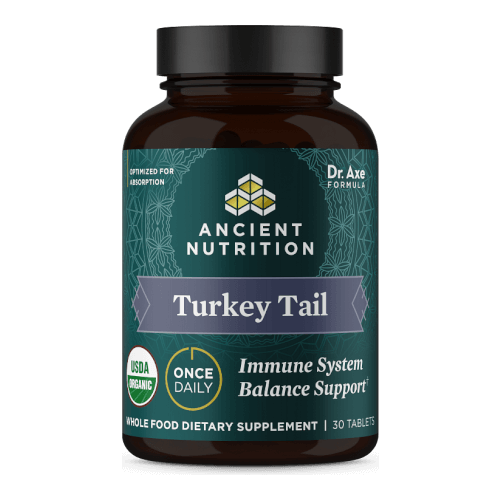 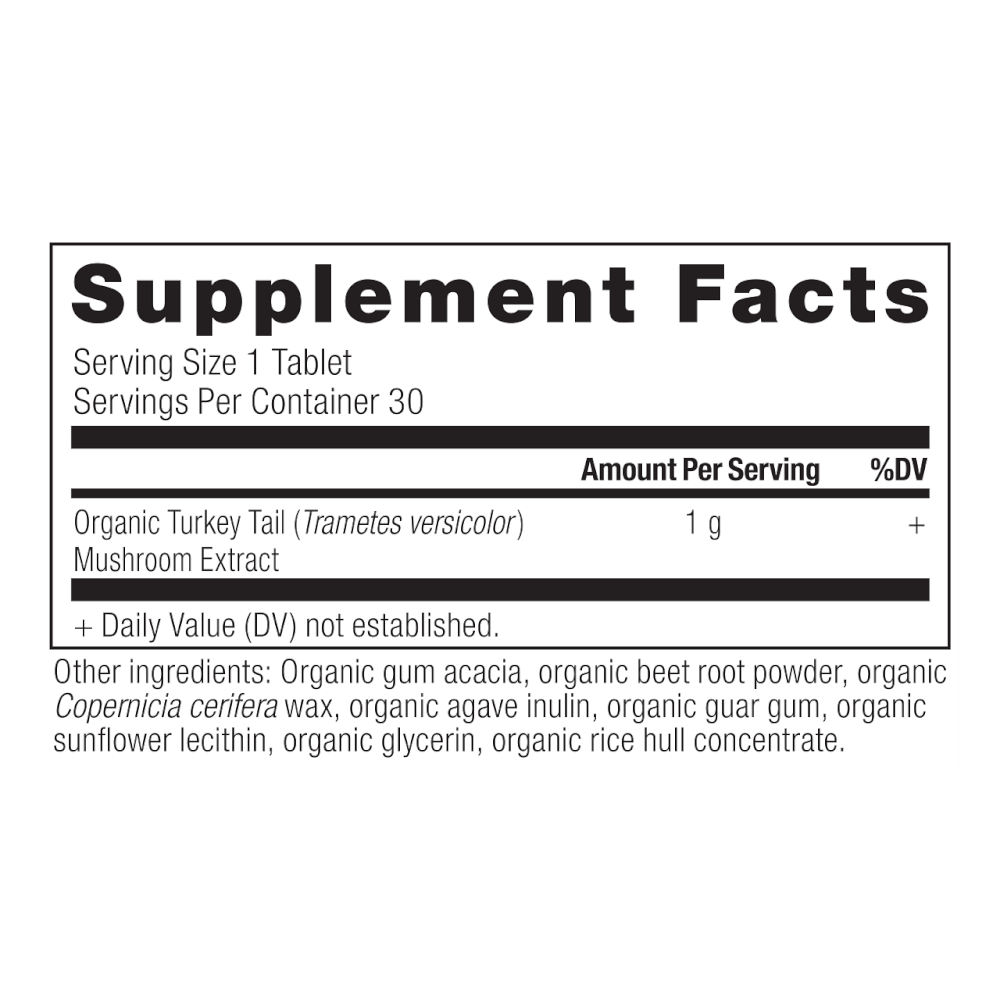 What is fermentation and why is it important?

Fermentation is an ancient process used to break down food into more absorbable components. During the fermentation process, microorganisms use aerobic and anaerobic metabolism to convert food compounds into powerful metabolites.

Here are some key benefits of fermentation:

The Power of Essential Oils: A Little Bit Goes a Long Way for Health

—and many times more potent than the plants they come from!

For peppermint oil, one 15mL bottle requires approximately one pound of peppermint plants, and it takes 5,000 tons of rose petals to get one gallon of rose oil.

Of course, these are approximations, but you get the picture: there’s a whole lot of beneficial plant life in essential oils.

These precious oils can be distilled or extracted using CO2 and bottled. Additionally, essential oils provide lipo-soluble fractions of plants. Since plants contain both water- and fat- soluble active compounds, we believe it important to consume a full spectrum of beneficial compounds. Fats and oils are required for the effective delivery of key antioxidant compounds.

Therefore, essential oils infused into herbal formulas can serve as a delivery system for these powerful botanicals.

Here’s the bottom line: Essential oils are some of Nature’s wonders.†

That’s why you’ll find essential oils in each and every Ancient Apothecary Fermented Mushrooms.

The Importance of Organic Mushrooms and Herbs

It’s no secret that in conventionally grown foods, including mushrooms and herbs, farmers use a variety of pesticides, herbicides, fungicides synthetic fertilizers and many other \"processing agents' which often remain in and on the food or herbs. Even washing these foods or herbs can’t get many of these off the produce.

Why? Because nearly 20 percent of the 17,000 (or more) pesticides in use today are known as systemic pesticides—those which reside inside the plant via its root system and have permeated the plant. That’s means they’re everywhere within the plants themselves and can’t be washed off.

Many studies and reports point to the adverse health effects of these chemicals in and on our food, which is why many choose to go organic. That reason alone is enough to make going organic is all the rage these days

But another important benefit of organic food, including mushrooms and herbs, is that, because they’re grown organically, these plants are able to produce their own natural defenses against pests.

As a result, these plants are more resilient and defense-supporting by nature (literally) and have some of the very compounds and natural defenses that we can and often should include in our diet.†

That’s why you’ll find these health-supporting organic mushrooms and herbs in each and every Ancient Apothecary Fermented Mushrooms.

The Importance of a Healthy Immune System

Our built-in system to ward off the unhealthy microorganisms and foreign invaders we continually come into contact with—our immune system—is always on call. Its first line of defense and duty is to block the invasion of these unwanted critters.

So, what guards us from “catching” something? A healthy immune system.

Thank goodness for our immune systems!

Of course, there are a lot of variables that affect how well the immune system functions, including dietary and lifestyle habits, such as sleep, stress and more, so we have to take care of ourselves overall.

For thousands of years, Eastern cultures have revered mushrooms’ health benefits, while also being celebrated as a source of powerful nutrients. Mushrooms are fungi, which are so distinct in nature that they are classified as their own kingdom—separate from plants or animals.

There are approximately 140,000 species of mushroom-forming fungi in the world, but science is familiar with only approximately 10%, while only 100 species or so are being studied for their potential health benefits.

Turkey tail mushroom is one of them.

Also known as Trametes versicolor, “Turkey Tail” mushroom is often referred to as “the turkey tail” mushroom due to its variety of colors and its resemblance to the tail feathers of a wild turkey—often in brown, cinnamon, buff or reddish-brown colors, but with varying colors, as well. It also goes by Coriolis, or “cloud mushroom.”

Turkey tail mushroom helps support a healthy immune defense and cellular health,† and has a long history of beneficial uses in Asia, Europe and indigenous people in North America.

Polysaccharides are carbohydrate structures which produce a long chain of carbon, hydrogen and oxygen cells. What’s most interesting is that, nutritionally, polysaccharides are digested by and used by the body as potential energy sources, but have a low glycemic index.

Polysaccharide peptides are derived from Turkey Tail mushroom and are being studied for their immune-supporting benefits as well as their cellular health benefits.†

As a group of glucose polysaccharides naturally occurring in the cell walls of fungi, bacteria, yeasts and more, beta glucans are natural immune system supporters.† The body doesn’t produce beta-glucans, so they have to come through the diet, including certain mushrooms such as Turkey Tail.

Glycoproteins are just what they sound like: molecules which have sugar and protein bonded together. The sugar chains of glycoproteins play a role in determining where they go in the cell or the body as well as determining the interaction with other molecules in the cell. In short,

glycoproteins on one cell bind to the glycoprotein receptors on another cell, allowing the cells to communicate with one another, which influences health.†

Glycoproteins are often considered essential nutrients, much in the same way essential fatty acids or essential amino acids are essential. You must get them from your diet because the body can’t produce them.

Since they can influence cellular health, they carry a lot of weight when it comes to overall health. In fact, glycoproteins influence everything from immune health, cellular health,  and supporting a healthy response to stress.†

Triterpenes are a group of terpenes—a large and diverse class of organic compounds—found in plant gums and resins. Triterpenes have antioxidant properties which support cellular health.† They also support healthy immune system function.†

But there’s even more immune-supporting benefits in Fermented Turkey Tail!

In addition to its immune-supporting benefits†, this clinically studied ashwagandha ingredient can:

To Use: Adults take 3 capsules daily with 8 ounces of water or your favorite beverage. May be taken with or without food.

More Info on Ancient Nutrition Organic Turkey Tail 30 Tablet
† Statements on this website have not been evaluated by the Food and Drug Administration. These products are not intended to diagnose, treat, cure, or prevent any disease, but rather are dietary supplements intended solely for nutritional use.
My Account